New concept revolutionises the sorting of recycled paper and waste

PR Pulping Oy has developed a concept that makes it possible to sort recyclable material that contains fibres. What’s more, the new concept is so simple in terms of its technical implementation that it makes sorting waste more cost-effective than ever.

Consumers’ attitudes to recycling are positive but, for example, mixed waste is a problem because a large proportion of it ends up being burnt instead of recycled. For biowaste, the challenge is the microplastics remaining in the waste, which limit its use, for example, as a soil conditioning compost. There is a lot of room for improvement in the cost-effectiveness and separation ability of many sorting processes and the technologies used in sorting.

“The SimplyOne concept we have launched will revolutionise sorting, because it separates not only fibres from mixed waste, but also aluminium, plastic, glass and other materials, as well as microplastics from biowaste. Compared to the processes currently available, SimplyOne is an extremely simple concept, as its name suggests. While there is a specific gadget for every sorting job in the world today, our new concept is a process with just one tubular container, and this process includes all the different stages required for sorting,” say Technology Director Jouko Hautala and Sales Director Jari Lipponen from PR Pulping Oy.

They explain that this new concept is excellent, for example, in conjunction with a waste treatment plant and for companies in the paper and paperboard industry that want to improve and simplify their processes.

The SimplyOne system is designed for the cleaning of separately collected biomaterial and all kinds of materials that contain fibres, and the apparatus can process an extremely wide range of impurities present in raw materials. The concept’s roots go back to the paper and paperboard industry of the 1980s.

“Thanks to this innovation, we can now separate, for example, plastics and fibres from mixed waste and recycle them as raw materials for new products. It is already possible to utilise plastics for so much more than just energy, and fibres can be used for a wide array of purposes besides making paper and paperboard. At the same time, there is less waste to burn,” says Jouko Hautala who has spent decades developing the concept.

PR Pulping is also involved in a project with VTT Technical Research Centre of Finland, in which microcrystalline cellulose is produced from separated fibres, and the resulting glucose solution, which is created as a by-product, can be used to make, for example, bioethanol.

In the SimplyOne concept, everything happens in a single tubular container. The raw material to be cleaned is portioned out non-stop at the beginning of the process and mixed with water. This allows biomass and materials containing fibres to degrade, after which they are sifted in two stages through punched plate screens with small openings. The particles that are too big to pass through the punched plate screens move on to a further treatment phase. The separated fibres are mostly utilised for making paperboard, and the biomass is used for making biogas.

Particles that are heavier than water settle into traps made specifically for them, and the now clean particles are removed from these. In the final stages, plastics and other impurities are conveyed into a washer to be cleaned and then removed from the process with an inclined screw conveyor and dried mechanically for further treatment.

Other corresponding systems available work on the principle of ‘one task, one device’. This requires a dedicated device for each main task, such as coarse screening, the disintegration of raw materials, the separation of heavy rejects and heavy reject washing. Additionally, there are pumps, pipes, tanks and mixers in between these devices that require a lot of floor area.

PR Pulping is in PulPaper 2022 together with PR Rolls. Welcome to visit our stand 6d 60. 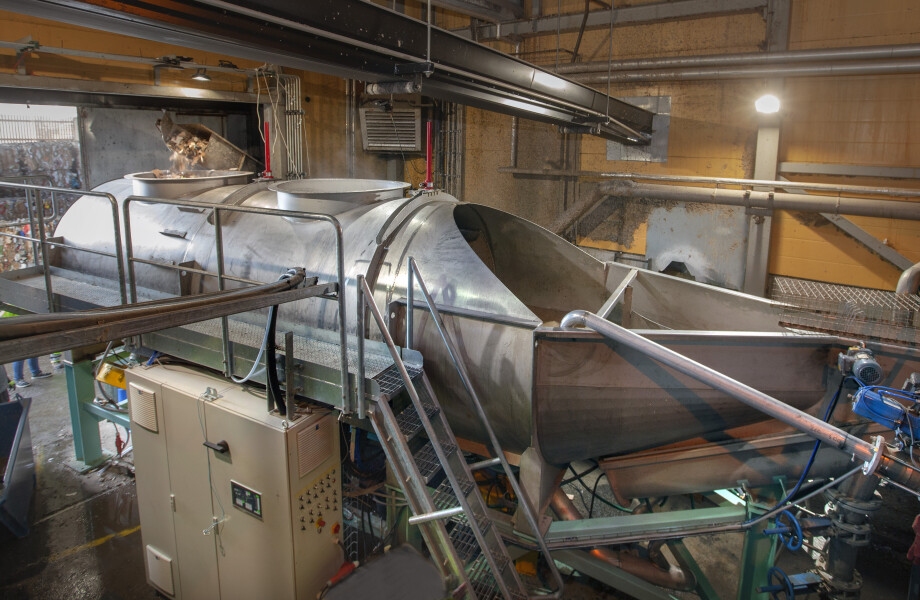